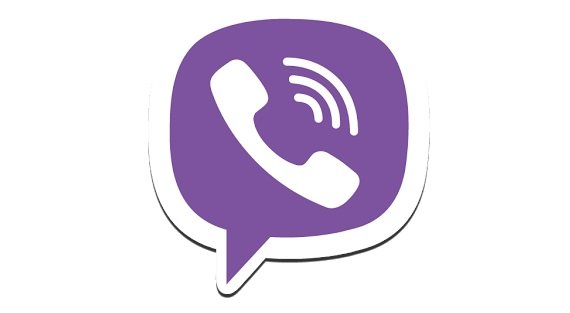 Causes of the inoperability of the mobile versions of Viber


The biggest problems that both beginners and experienced Viber users can face are the inability to start the messenger on the phone and / or the sudden loss of operability of the client-application while it is being used. Most often this happens at the most inopportune moment, so it is important to know the causes that lead to the probability of problems. The application of the recommendations in the following article will allow owners of Android devices and iPhones to restore the functionality of Vyber on their mobile phones, as well as avoid the appearance of crashes in the messenger in the future.

Why is Viber not working?

Errors and failures that occur when using Viber applications, users of the service during its existence have declared many. The culprit here may be not only the software itself, but also the messenger as a whole system, as well as the device on which the Viber client is installed. Overcoming some of the problems encountered by the owners of the accounts in the messenger, we have already described in the articles on our site.

Read also:
What to do if the number activation code does not come in Viber messenger
Causes of failure to send photos through Viber
Methods to fix problems found when opening photos in Viber

Next, we are going to see the nuances that must be taken into account so that the mobile versions of the client application work in general.

Viber for Android is the most common version of the application that allows access to the capabilities of the information exchange service, so owners of devices controlled by the "green robot" more often than others face problems in the courier job. In most cases, the functionality of Viber in the Android environment can be restored by the user independently and quickly.

The most common reason why a certain messaging function does not work as it should is a sudden Internet outage or deterioration of the properties (slower speed) of the data connection to which the mobile device is connected. In most cases, Viber will notify you if there is no connection, but in some situations it may not.

In this case, the solution is usually a trivial reconnection to the wireless network in use or connection to a different Internet source (switch from 3G / 4G to Wi-Fi or vice versa). However, more serious operations may be required to give access to the global network.

The next point to consider before proceeding to intervene in the settings of the Android device or other cardinal actions carried out in order to fix a sudden problem with Viber is the possibility of a temporary "crash" of the system that ensures operation from service. Server failures, data transmission backbone failures, and many other factors can cause thousands of users to be unable to use the service in question at the same time.

Note that something similar to the above has happened many times, so before doing anything, please clarify if the application installed on your Android device is not working alone, or the problem is also observed with other members of the system, as well as with additional devices you may be using. If you discover that the service has stopped working for several people at the same time, you just have to wait for the technicians to solve the problem, here it is not up to you.

Cause 3: Malfunction of the messaging client of the operating system / application

If Viber works well in general, that is, problems in its operation occur very rarely or find the symptoms of any errors for the first time, very often it helps to get rid of the problem by restarting the device.

In the process of restarting the Android operating system and the Viber client, the processes that may have caused the problem (for example, hang) with the messaging application will be terminated, and the execution of the software algorithms will start again. Therefore, you should not neglect trying to use the simplest solution to many problems - a reboot operation on your phone or tablet.

Read more: How to perform a reset of an Android mobile phone

Despite its apparent simplicity, the Vyber app for Android requires a relatively large amount of processing power to ensure it works properly. If the messenger is installed on a device with unsuitable technical specifications, unfortunately you should not expect it to run smoothly. As a temporary solution to the problem in this case, general methods are used to slightly "download" the hardware components of the Android device.

Not only to expand the functionality, but also to realize the possibility of correcting the shortcomings of any Android application, leading to errors and bugs in its operation, developers can only way - by releasing and distributing versions updated software. This fully applies to Vyber, so it is recommended to those who want to avoid a lot of problems to make sure that the application is updated regularly, and those who have already encountered problems, install the latest version of the messenger.

Read more: How to update the Viber app for Android

Due to one or more negative factors, Viber for Android software components can be seriously damaged, causing constant "hangs," crashes, and even the inability to start the messenger.

In these cases, often the only effective operation to get the application back up and running is to reinstall it.

At the time of writing this article, it is possible to install the current version of Viber on devices running Android 4.2 and above. Users of older versions of the mobile OS are forced to install the old versions of Viber by unofficial installation methods. Note that when using the second approach, it is difficult to ensure an adequate level of messenger performance, and the service developers and technical support will not, revealing another factor that can hamper the normal operation of the client application. Viber.

As mentioned above, modern versions of Viber can work even in the environment of hopelessly outdated Android variants, but it should be noted that the relevance of the software platform seriously affects the performance of individual applications running on it. its environment. Very often the way out of the situation when after the release and installation of the update of the messaging client, it became worse to perform its functions or stopped working at all, is to switch to a more modern version of the operating system mobile, of course, if such a procedure is possible.

Also read: How to update the Android operating system on your mobile phone

The list of reasons why Viber for iPhone crashes or stops working altogether, in fact, duplicates the list that causes the inoperability of the mentioned application-client for Android. Possible solutions to messenger problems in the iOS environment have already been discussed in detail on our website in the material at the link below.

Read more: Causes of "hangs" and other problems with Viber on the iPhone

As you can see, the factors that can lead to the inoperability of Viber on mobile phones are not few. Note that the solution of the problem considered in each case must be approached individually - in most situations, it is enough to identify and eliminate the only cause of the failure that has occurred in the messenger, but sometimes you will have to pay attention to several points.