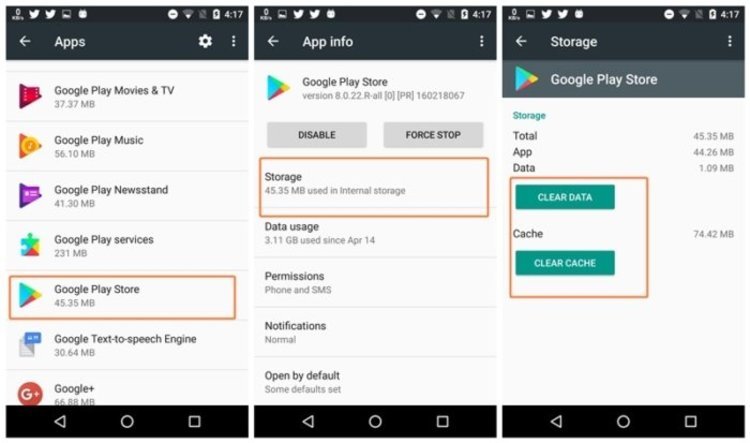 
In the process of prolonged use of the Android operating system and the applications running in its environment, both the former and the latter get overloaded with various data, including temporary files and cache. From time to time, it is necessary to carry out its cleaning. The same happens with Google Play Market, especially if there are problems in its operation. Here's how to do it.

For Android, as well as for Windows, quite a few software cleaners have been developed to get rid of temporary files and cache. Most of them work in automatic mode, but some also offer the possibility of selectively cleaning the data. Let's consider a solution to our problem using one of them as an example.

The application we review is not the only one that allows you to get rid of cache and other junk files on Android. No less effective is the popular SeaCliner cleaner, a detailed review of which can be found on our website. It works using the same algorithm as Super Cleaner.

Using third-party programs can be an effective solution in cases where you want to clean the system as a whole, rather than individual components, as well as slightly improve overall performance. But it is possible to clear the cache of the Google Play Store directly without resorting to its help: just consult the Android settings.

Optionally, you can delete the App Store data by pressing "Clear storage". and confirming your intentions,

As well as «Delete updates» (done in the menu on the previous page). But without the strict necessity and the presence of problems in the work of PlayMarket doing it is not recommended.

In cases where you need to clear the cache of a specific program, it is better to use "Settings". The Android operating system, not third-party tools.

Also read: How to clear the cache of applications on Android

As mentioned at the beginning of this article, cleaning the Google Play Market cache may be necessary not only for prevention, but also when problems arise in its operation. However, sometimes such a modest measure, although in many cases effective, may be insufficient. For example, if using the Google Store all kinds of crashes, crashes and errors occur, or if you cannot install or update a specific application, you may need to take a more comprehensive approach. A separate tutorial on our site explains how to do it.

Read more: What to do if the Google Play Store is not working

It is not complicated at all to clear the cache of Google Play Market, and even if it was not enough, now you know what you have to do next.

We are glad that we have been able to help you with the problem.