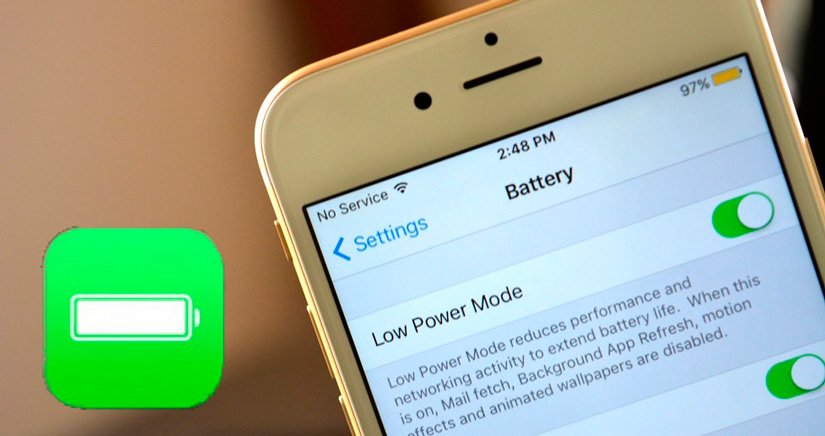 During the presentation iOS 9 A nice fact has happened: Apple has finally remembered that the battery life of the mobile operating system leaves a lot to be desired, and has taken system optimization seriously. How exactly does the "nine" save battery life?

On the official page. iOS 9 Apple reports that the iPhone and likely other iOS devices (iPad, iPod Touch) will use light and proximity sensors to detect orientation in space. If the iPhone is face down, its screen will not turn on even if it receives notifications. This will save iOS at least the hassle of not having to turn on the screen (known to be the most "voracious" component of a mobile phone).

Saving mode (Low power mode) further reduces power consumption, primarily by limiting network activity. Emails arriving at the address are no longer automatically downloaded, applications running in the background are completely disabled. Low power It will also reduce the load on the cellular network (Apple has not yet clarified how exactly this will happen). Other measures include turning off animations and reducing screen brightness.

Apple ensures that even installing iOS 9 on the iPhone 6 it will increase the battery life of the mobile phone by one hour. And if you use the Low powerAll six will last another three hours.

Low power - one of the most important innovations in iOS 9. Apple has even changed the location of the battery settings for it - if previously you could only get to them from the submenu (Settings -> Basic -> Statistics -> Battery usage), they are now in the main Settings menu, at the top of the menu. Here you can also see the battery usage statistics, now not only for the last 24 hours or the last week, but also for the time elapsed since the last "wake up" from sleep mode.

Goodbye iOS 9 It is only available as a beta for developers (although anyone can download and install it if they want, instructions are available here). Public beta test iOS 9 It won't start until July, and the final version will be published in the second half of September.

Creative Stop All About Technology
A How To.