Know how to get carrots in Minecraft gives players the opportunity to raise pigs and rabbits, create potions and also satisfy hunger. However, it requires you to know where they are and how to handle them.

At ik4 we have created this tutorial to show you where to find carrots, how to grow them and how to make special items like golden carrots and carrot sticks.

4 ways to get Carrots in Minecraft 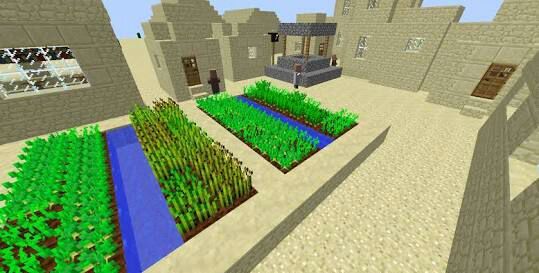 Carrots are often some of the vegetables that villagers grow in Minecraft villages. The player can simply borrow some to start your own farm.

The hard part is how to find a villageas they are randomly generated and there is no way to predict where they will be. Some users cheat by create a copy of your worlds in Creative mode to explore the map freely and then find out the location of villages in Survival mode when they return to their original world.

2. Bonus chest when starting a world

When creating a new world in Minecraft, the player can choose whether to have a «Bonus Chest»With some items to help you get started on your journey. In this chest, there is a random chance there are carrots. As the adventure begins, the bonus chest appears in the same place as the player as a chest surrounded by four torches.

Usually zombies, creatures, and zombie villagers only leave Rotten Meat behind as reward when defeated, but on rare occasions, they can leave carrots, potatoes and even an iron bar. Because it is so unusual for it to happen, it is generally not a widely used method of obtaining carrots, but if the player has no options, such as on an island, it can be a way out.

All shipwrecks strewn across the oceans They contain goodies and treasure maps. Curiously, too they can have carrots, that do not spoil after so long under water (something that happens to potatoes). To the feed the dolphins raw cod, they can indicate where shipwrecks are nearby, but they can also only take the player to submerged ruins.

How to plant carrots

The carrot is a simple element to plant, since itself serves as a seed. If the player already has a carrot, simply plow a field with a hoe, make sure it is washed down with water and then interacts with the ground to plant. If in doubt about how to harvest, wait until the orange part of the carrot appears and hit it anyway.

How to create a golden carrot

Al combine a common carrot with eight gold nuggets On a workbench, the player can create a golden carrot. The Gold nuggets can be obtained through gold bars or by defeating Zombie Pigmen.

What is the golden carrot for? I know can use as food to restore six hearts, the most powerful regeneration food in Minecraft, and you can also Combine with potions to create night vision potions.

How to create carrots on a stick

Another unusual combination is connecting a carrot to a fishing pole to get a carrot on a stick. This article is not particularly useful, but with it it is possible ride a saddled pig and guide its movements. It is practically mandatory for achieve the achievement "When Pigs Fly", which requires the player to fall from a great height riding on a pig.

We hope this short guide on how to get carrots in Minecraft has been useful to you. If you now want learn how to heal a Zombie Villager in Minecraft o create a vase for flowers, continue browsing ik4.es.

How to make a lift in Minecraft

How to heal a zombie villager in Minecraft