Know how to heal a zombie villager it is possible by following some tips. The game has a special type of monster among its enemies: the Zombie villager. There are several villages inhabited by villagers throughout the Minecraft block world and when villagers are attacked by the "undead" they can turn into zombies.

While many players take out these zombie villagers like a regular monster, it is possible to heal them with a little effort. From ik4.es, let's show you how save a Zombie Villager in Minecraft for Xbox One, PlayStation 4 (PS4), Nintendo Switch, Android, iPhone (iOS) and PC.

How to heal a zombie villager in Minecraft step by step 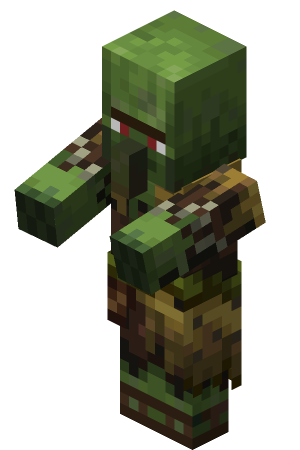 Healing a zombie villager is a bit difficult as it requires some complex steps:

First, the player must create a potion of weakness and then a Golden Apple, I know use together, they will heal the zombie. However, the process takes some time and during this period, the player cannot move away from the Zombie so that it does not disappear, in addition to protect it from the sun so it does not burn like other undead. If the user walks away from him, it is very likely that the character will simply disappear like many other monsters do.

How to make a potion of weakness

How to save a zombie villager

This has been it! We hope this article has been useful to you. If you now want to learn to Make a Flower Vase in Minecraft, continue browsing ik4.es. Until next time!.

How to get carrots in Minecraft

Where to get Silex in Minecraft