How to find out who the impostor is in Among Us.  While the mission of the crew is to survive and carry out the tasks, the impostor must sabotage the ship and kill other people in the most discreet way possible. Despite some players' good disguise skills, various behaviors can give them away. From ik4 we show you some tips to discover who is the impostor in Among Us.

How to find out who the impostor is in Among Us: 10 tips 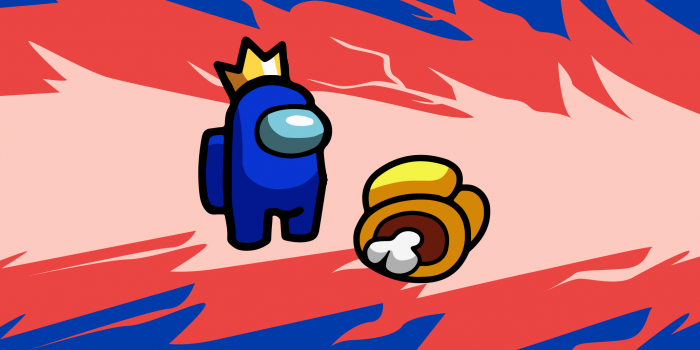 This is, of course, one of the main indications that a gamer is an imposter. While it sounds logical, it is important to remember this tip. It is very common that people do not pay attention to the movements of others and end up without realizing that someone just came out of a room that has a corpse, Por ejemplo.

The proximity of a player to someone who has been killed is an indication that may be the impostor, especially if that close person did not report death. However, it is valuable to know that this situation is not always proof that the player is an insider. If this scenario occurs, the player who saw a dead man and did not report it should have their movements monitored more closely.

The time of the group meeting, whether it is a reported death or an emergency encounter, is the most tumultuous time in the game. To rule out the possibility of being considered an imposter, you must report what you were doing and where you were going. In addition to knowing how to report on your activity, it is important to know the behavior of others.

To do this, a valuable tip is pay close attention to players who are near you or who have passed you. In addition to being able to tell if someone is lying at the time of the meeting, you will also have a better idea of ​​what is happening on the boat. To maintain this perception of positioning, it is essential to use the map.

Knowledge is power in Among Us. Therefore, one of the things you most need to learn is homework. Although they are simple, knowing the places where they are performed can be determining factors in catching an imposter in the jump. Knowing the duration and steps of a task can serve as a tool for questioning to a suspect if he says he was carrying out any activity on the ship.

As in other games where there are people inside, walking in groups and getting close to suspects is a good way to win. In Among Us, the impostor does not like to be looked at. Also, in order to kill his victims, always will try to be near people alone and away from groups. Precisely for these characteristics, one way to get away from a suspect is to run towards other people. If someone persistently follows you or another player, it's important to be vigilant to see if you need to call an emergency meeting to alert everyone.

Non-imposter players are scared all the time and usually figure out where to go and avoid being alone with just one person. Since they cannot be killed, the infiltrators do not have that fear. Because of this, you should be aware of people who walk fearlessly through the scene, as they might think that it is someone who is executing a plan.

When following this type of suspicious player, it is important be careful not to fall into a trap. If the impostor knows that you are suspicious of you and hasn't told everyone yet, he or she may find a way to kill you, and consequently shut you up.

All players except the imposter receive a list of tasks to complete at the beginning of the game. To get the commandos on the ship in order, players move around the scene and enter rooms to perform activities. At this point, you will see the puppets stopped in some sector. It's important to take this information into account as soon as you see someone walk into a crowded room, stand still for a few seconds, and then leave.

As a the impostor does not have to perform tasks and avoids killing in the presence of others, you often don't have the patience to stand in one place pretending to be doing something. Knowing this, be on the lookout for anyone staying in one place for too short a time to complete a task. Probably, he went to the place to kill, but since he found many people, he decided to simulate a situation to get out of there as soon as possible.

In some situations, to find the imposter, it is necessary keep an eye out for a suspect's movements. Sometimes in the middle of this follow-up, the player just disappears for a stretch and reappears later down the road. If you've been through a ventilation shaft, the likelihood that this individual is actually an imposter is high.

Even if you have not seen the inlet movement in the pipeline, it is very likely that this person who disappeared out of nowhere is the impostor. All Among Us figures have the same speed. So It is not normal to lose sight of someone who is being followed through the scenarios.

As stated above, one way to manipulate the imposter is to pretend that you are doing housework in a room with other people. However, there is another possibility of catching a suspect in the jump. The task bar in the upper left corner of the screen fills up a bit more with each completed task of a crew member. If you see a suspect in a room pretending that their activity is complete, the bar can expose the lie.

If it has not increased after the supposed completion of the task, you may face an insider. It is important to note that this will not always be an indication, as another person may complete the task at the same time as the suspect. Despite that, this is good advice to stay alert whenever possible.

In Among Us, you don't have to be the impostor to hide and act on the prowl. There are places in the game where it is possible to hide behind objects and become almost invisible. This is the case with the antenna in the communications room. Covering up in this way can be useful to flee from a supposed imposter or even to try to catch this infiltrator in the act. Although this second situation can cost a player his life, it is essential to guarantee a victory for the team.

While it is important to pay attention to all these mentioned factors, it is also very relevant to remember that most of the time they do not clearly define if someone is an imposter. In the case of players near bodies, for example, the situation may have been created by the impostor while the other person was completing a task. Therefore, even if any of these tests are presented, it is necessary think calmly in the whole context and evaluate if the complaint is really valid.

It is still essential to remember that situations such as reporting a body, arranging a sabotage, and accusing the real imposter of being an imposter do not guarantee that the culprit will be found. After all, any player, including the infiltrator, can perform these actions.

To ensure a victory, it is important to pay attention to the behavior of other players and analyze patterns. If you are playing with friends, use your prior knowledge of their behavior to your advantage. Above all, trust your instincts as well. No matter how professional an imposter is, he will always have a slip that will leave clues that he is not playing with the majority of the group.

This has been it! We hope these 10 tips on how to find out who the impostor is in Among Us have been helpful to you. If now you want to know how to play the new map of Among Us (Airship), continue browsing ik4.es.

How to play Among Us on mobile devices

How to reset Windows 11 to factory settings