Know how to make a stick in minecraft it is possible in just a few steps. The game has already gained countless elements in its updates, but some of them are part of the basic structure of the game from the beginning, such as The sticks.

They are mainly used to create Minecraft tools, which are an essential part of the game, but are also used at the base of many other useful items. From ik4.es we show you how to create sticks and use them to create the best elements Minecraft for Xbox One, PlayStation 4 (PS4), Nintendo Switch, Android, iOS (iPhone) and PC.

How to make sticks in Minecraft 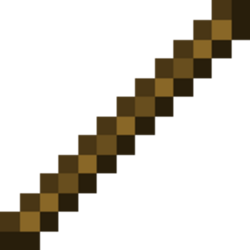 The easiest way to make sticks is with two wooden boards that can be turned into four sticks. Simply hit a tree a few times to get a tree-type trunk, turn it into wooden boards then sticks. You don't even need to use a workbench.

With the addition of Bamboo to the game, a new similar recipe has also emerged that uses two pieces of Bamboo to create a stick. It is a solution for emergencies, but it is even more cost effective to use the basic recipe for the quantity and the ease.

How to get twigs in nature

There is also the possibility of win plant sticks, a possibility added in more recent game updates. To the hit the leaves of the trees, there is a small chance that they will be drop a stick. It is also possible to win a club by hitting a dry shrub in arid environments like desert biomes.

Sticks are the basis of most tools in Minecraft. Basically anything with a handle needs sticks in its recipe. With them, you can create picks, axes, shovels, hoes, swords, fishing rods and more. 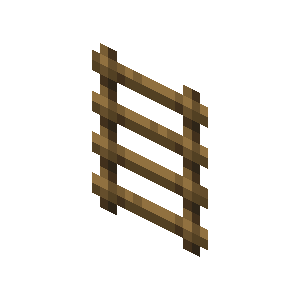 El the only element made entirely of sticks is the ladder, an element that can be placed on the walls to allow vertical rises of any height.

Seven sticks create three ladders on a workbench. They can be placed side by side to create larger ladders, and in the current version of the game they can even be placed in the water.

Some creatures can use the ladder, but unintentionally. If they try to walk in the direction the ladder is, they can climb it. 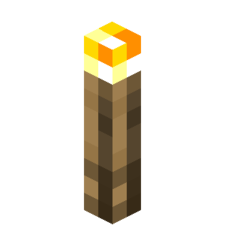 A Minecraft staple that uses sticks. The common torch made of a stick and a coal It is used to illuminate places and thus prevent monsters from appearing in those places. Redstone's torch made with gravel and redstone powderHowever, it is already a more complex object and serves to send a signal in Redstone circuits.

Along with the wooden planks, the sticks can be used to create fences and gates.

HR fences They are blocks that are used to deny entry and exit of certain creatures in Minecraft. Although they are visually only a block high, they block passage by up to a block and a half, preventing creatures from simply jumping out of them. Only a few animals manage to exceed this height, such as jumping horses and foxes.

The sticks are essential to form rails, even if they are not the most important elements for that. Virtually every type of rail that will be made will need to have at least one stick to hold the entire recipe, except for the detector rail.

All rails are used to create paths to follow in Mine Carts, however the vehicles have lost a lot of speed in the last updates and they are not a highly recommended means of transport.

La lever and trigger are two elements made with sticks that can be used in Redstone circuits. The lever, made of gravel and gravel, can be used as a switch that sends a permanent on or off signal in a circuit.

These two ranged firearms can be made with sticks. The bow is very basic and you only need three sticks and three wires. The Crossbow is a bit more complex and needs three sticks, two wires, an iron bar, and a trigger hook.

The arrows used in both weapons are also made with a stick, a flint and a feather, that produce four arrows. 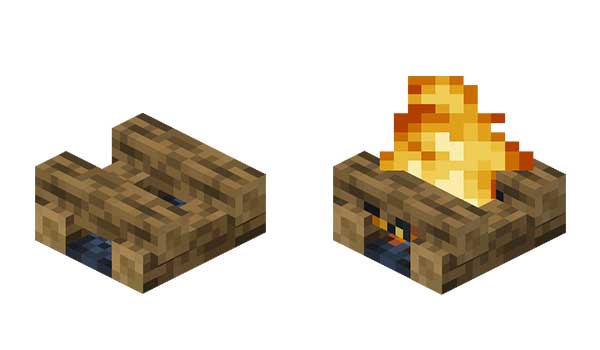 One more item added in recent updates, the bonfire provides lighting and a way to cook some foods initially in the game.

Can be made with three sticks, three tree trunks and a coal. The way that Bonfire does not consume fuel to cook up to four foods at once makes it a good choice for both beginner and adventurous players.

El barrel requires six sticks and two wooden slabs. Can be used for store items as a player and also to train the villagers in the profession of Fisherman. 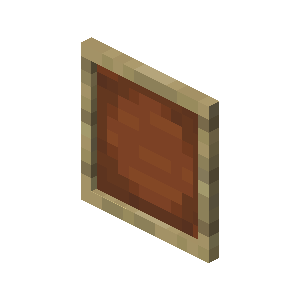 Both types of frames in Minecraft are made with eight sticks and one more element in the center: wool for painting and leather for frames.

All paint boards They can be used primarily as decorations, but can also hide secret passages as they do not block the player's path.

All frame boards, on the other hand, they allow you to hang items in certain places and can be a useful way to keep tools or weapons close at hand, as well as creating a functional watch.

This has been it! From ik4 We hope you liked this article. If you want to know more cheats on Minecraft how to get Silex o Carrots in Minecraft, we recommend that you continue browsing our website. Until next time!.

How to make a torch in Minecraft

How to make a lift in Minecraft