How to make an observer in Minecraft. Minecraft offers observer, which is a type of Redstone block that automates the player's work. The fact that looks like an expressionless face, "Watch" what happens in front of him and can be used to activate other elements.

The observer is a block that observe changes in the block right in front of him, where would the "eyes" be, and then issues a redstone signal. It notices if a block is placed in front, if a piston pushes another block into its field of vision, and even if there is a change in a block, such as a lever on or off.

Creating an observer block is relatively easy. The player will need six boulders, two handfuls of red stone and a nether quartz. As the name suggests, Nether Quartz is a material that can only be found in the Nether dimension and will require the player create a portal to extract it. The material is similar to a natural Nether block, but with a white appearance.

The observer's usage limit is solely up to the player's imagination. In bamboo plantation is one of the most common uses. With the Vigilante it is possible automatically harvest the items when the plant grows big enough.

At ik4 let's explain to you how to make, use and what is the observer for in Minecraft. Remember that the game is available to download on PC, PlayStation 4 (PS4), PlayStation 5 (PS5), Xbox One, Nintendo Switch and Android, iPhone (iOS), mobile phones.

How to make an observer in Minecraft and use it 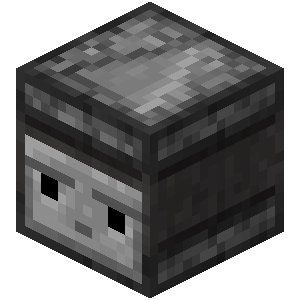 How to make an observer in Minecraft

We hope this article helps you understand how you should perform an observer in Minecraft. If you liked this article and now you want create frames and paintings within the game, we recommend that you continue browsing ik4.es.

How to tame a dolphin in Minecraft

How to create frames and paintings in Minecraft