How to make bricks in Minecraft. Make bricks in Minecraft en pretty simple following some steps. The game offers a wide variety of materials to build your buildings, but bricks are some of the blocks that they are used less frequently. That's because the block material doesn't offer much of an advantage other than its blast resistance. Another reason that can explain its low popularity is the work of extraction of the raw material, clay, which is found under water.

The first step in creating bricks is get clay, a grayish material that sits on the slopes of rivers and oceans. When submerged, the color can cause the player to mistake mud for ordinary sand. Clay can be removed with a shovel and, when it is destroyed, each block releases four clay marbles. Each of these balls can generate a brick when heated in an oven. This brick is not used to build directly: you must combine four units to get a brick block that can be used to build.

The brick blocks have a unique industrial look and a texture that expands well when placed side by side, but they are not very useful. They can withstand Creeper and TNT explosionsHowever, these are not normally very practical uses.

At ik4 we are going to explain you step by step how to make bricks in minecraft for Xbox One, PlayStation 4 (PS4), PlayStation 5 (PS5), Nintendo Switch, Android, iPhone (iOS) and PC.

How to make bricks in Minecraft in 5 steps 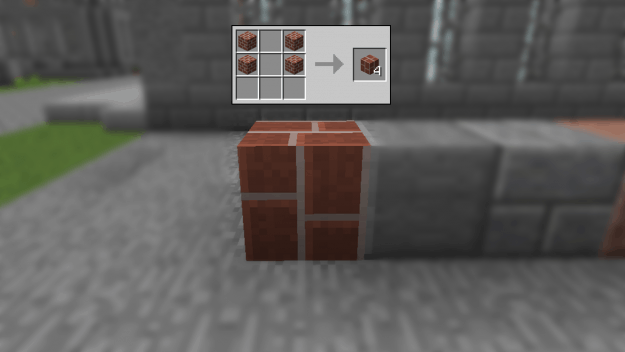 This has been it! We hope this article has been useful to you. If you liked it and want to learn how to make an oven in minecraft, we recommend that you continue browsing ik4.es. Until next time!

How to make a cannon in Minecraft

How to make an oven in Minecraft