How to summon the Enderdragon. The Enderdragon is the definitive boss of Minecraft. The creature is a great black dragon with purple eyes that can be found in the End dimension. After defeating him and finishing the game, you can summon him again for a rematch.

At ik4 we have created this tutorial on how to summon monster in minecraft game available for Xbox One, PlayStation 4, PlayStation 5, Nintendo Switch, Android, iPhone (iOS) and PC. The tutorial was made on PS4, but it also works on other versions of the title. 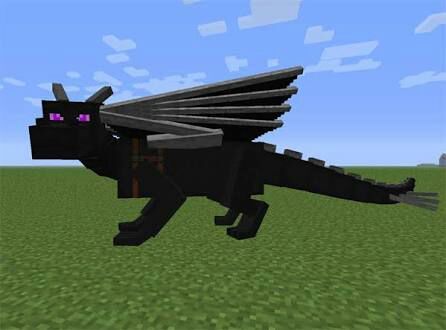 After the first defeat of EnderDragón, the player will receive a portal to see the endgame and return to your world. When you visit the End again, the dragon will simply no longer be there. To invoke it you need to build four End crystals, the same kind that are on top of the pillars during the battle against the dragon and recharge their energy.

They can be created with ender eyes (the same ones used to find and activate the portal), Ghast tears and glass. Check out the full tutorial below.

How to summon EnderDragón in Minecraft

This has been it! We hope this article helps you to know how to summon the Enderdragon. If you liked this tutorial, and want learn to teleport in Minecraft, we recommend that you continue browsing ik4.es.

Search and add channels to Telegram on iPhone

How to take portrait mode photos on Instagram stories