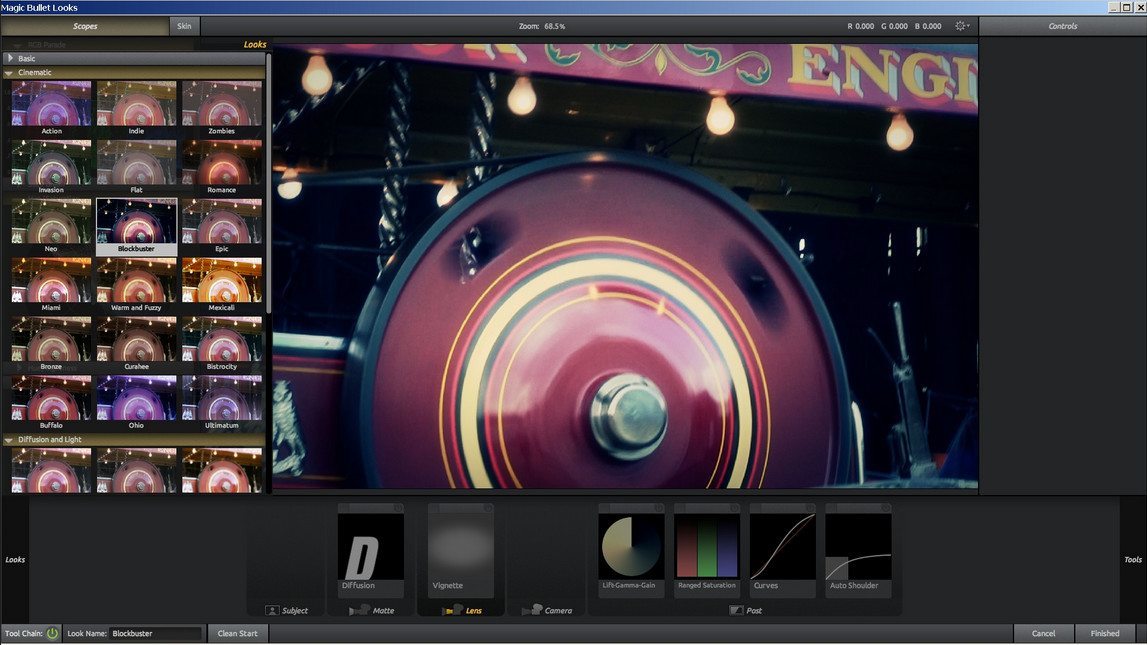 
Magic Bullet Looks is a color correction plug-in for Sony Vegas, which allows you to quickly style your video to your liking: give the image an old film look, change the gamma, make the colors more saturated, or, for on the contrary, mute shots that are too bright. The number of built-in filters is astonishingly rich, and the ready-made setup templates make it easy to work with the effects.


Magic Bullet Looks is one of the most popular plugins for video editors. It is compatible with almost all versions of Sony Vegas: it works equally well on Sony Vegas 11 and Sony Vegas Pro 13. You can read more about the plugins in the article:

How to install Magic Bullet Looks?

2. Select the desired operating system from the list of suggested operating systems. Now you have to go through the registration process. Fill in all the fields and you can download the trial version of Magic Bullet Looks for Sony Vegas 12 or any other version.

3. A file containing an automatic plug-in installer will download. Run it - the installation window will open.

5. After accepting that you are installing the trial version and accepting the license agreement, you have to select which video editor you have downloaded the plugin for.

6. Now all you have to do is click «Next» and wait for the installation to finish. It's done!

In Magic Bullet Looks you will find ready-made effect templates, which are divided into 10 categories.

Basic - This section contains the basic settings. For example, you can make the video have more contrast, darken or lighten the shadows.

Film - This section contains the most popular effects used in cinematography.

Monochrome - Monochrome video. Several different shades are available, enhanced with filters such as grain (which mimics film), or blur. Red can also be highlighted by making the rest of the frame black and white.

Stylized - Stylized effects that can change a shot from day to night, mimic famous fisheye camera work, and more.

People - This section contains presets for one-person shots, portraits, and interviews. It allows to smooth the imperfections of the skin, accentuate the eyes and other details.

Classic music videos - The large number of blank spaces in this section is due to the fact that there are also quite a few music genres. Here you will find an effect for any musical genre.

Popular TV classics - The name of this section speaks for itself: classic effects used in TV shows.

Classic action emulation - This section contains thirteen effects that mimic the characteristics of some movies.

Personalised - The category in which the presets are saved.

A Red Giant software product called Magic Bullet Looks is designed for users who work on a wide variety of video editors, in our case Sony Vegas. Comprised of 36 tools and 100 stylized effects, the plugin opens up the possibilities of enhancing, customizing the colors and tones of videos, and the possibilities of applying a variety of styles, such as styling videos like an old movie.