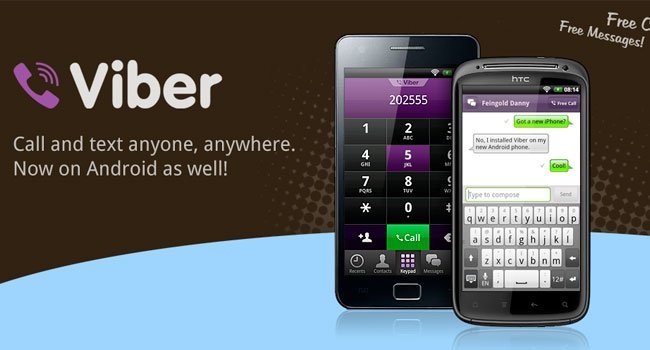 Sending photos through Viber for Android, iOS and Windows


The ability to send files of various types through Viber is demanded by almost all users of this service to share information over the Internet. The following article describes the techniques that can be used to send or forward a photo using messenger from an Android device, an iPhone and a computer on which the system client application is installed and activated.


Considering that Viber users most frequently choose photos among all types of files that are sent, the developers of the Android, iOS and Windows client applications of the service have envisioned the possibility of performing an image sending operation far the only way. The examples below show the simplest and most convenient methods to solve the article title problem, both from a phone and from a PC or laptop.

Viber for Android users have the ability to send an image by messaging at almost any time by taking advantage of the client application of the messaging system or a function built into the mobile operating system.

In general, the application through which Viber is accessed from the Android environment is equipped with everything necessary to transfer files, regardless of how the sender received them (photos saved in the device memory; created with the camera of the device). device prior to shipment; shipped from another service account).

Many Android apps have an option that allows you to transfer multiple files, including photos, to other users through a wide variety of services, including Viber. This functionality allows you to initiate an image transfer using the messenger without even opening its client application, which is very convenient.

We will consider the method using Google's file manager as an example, but by learning how the algorithm described below works, you can apply it to other programs capable of interacting with image files downloaded to the memory of an Android device.

Using Viber for iPhone, quickly transferring one or more images to other messaging participants is no more difficult than in the Android environment described above. On iOS, you can take one of two main ways to solve the problem.

Any image of the iPhone can be transferred through Viber, using only the functionality of the client application of the service. Specific action differences within the proposed methods below are dictated by how the image is received on the sender's device.

It is possible to send images through Viber without having to open the messaging client application, which is convenient if the desire to share an image with another messaging user arose, for example, while browsing the contents of the iPhone memory.

As an example to achieve the purpose in question, the application "Photo".The button that starts the file transfer can also be found in other programs that "know" how to work with images.

To transfer an image via Viber for PC, one of three approaches can be applied. Depending on their own preferences and habits, the user can choose any of the following methods or combine their application depending on the current situation to simplify and speed up the process of transferring graphic information through the service.

There are two options in the Viber client application for Windows that allow you to send an image stored on your PC drive or forward an image received from another service member to him or to a third party.

To solve the problem of transferring image files from a PC drive via Vibere, you can use the technology "Drag and drop"That is, just drag and drop an image into the messenger window.

Sending the type of data in question via messenger can be done by invoking the context menu of the "Explorer" window, which contains option elements applicable to the photographic file.

Concluding the description of the methods of sending photos with Viber, we would like to point out once again the simplicity of its implementation. We hope that after studying the above instructions, readers will not have any difficulty in solving the above task.