What are the best seeds in Minecraft. The game, which is randomly generated for each user, is rarely the same for different players. However, through these seeds, which are simply codes, we can obtain the same advantages as other users.

At ik4.com, we show you the 10 best codes of the game and how to use the seeds in Minecraft and the best to try in Bedrock version for Xbox One, PlayStation 4 (PS4), PlayStation 5 (PS5), Nintendo Switch, Android, iOS (iPhone and iPad) and PC on Windows 10. Edition. 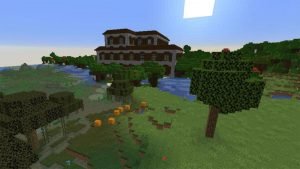 Many players go through an adventure without finding one mansion in minecraft, so mansion seeds are always useful, but how about a giant mansion?

In this world, for some reason, the mansion was created way above normal and became an even more interesting to explore and maybe become your new base. Simply, follow the location on the map to find it. 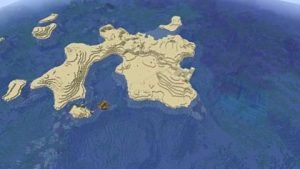 This is a challenge map for advanced Minecraft players who want to have a different experience. With this seed, the user is drops on a desert island with few trees and few resources to survive. In this place, some neighboring islands can also bring useful items, but it takes a lot of effort to get them.

All craters that divide the world in Minecraft they offer environments conducive to adventure. The seed of the divided world has a rare crater that meets the ocean. Here, the player has the opportunity to venturing into the seas on one side or plunging into a lava pit in search of diamonds on the other. Just be careful not to fall into this deadly fall. 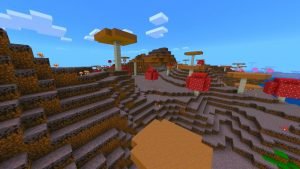 For players who wish to have their base in a fungus island biome, this seed offers a quick access to the environment, with a bit of the common world connected to make it easier. One of the biggest advantages of this biome is that it has no monsters at night, which makes it perfect for peaceful bases.

It is a bit weird that they appear villages in the middle of the mountains And this one takes on an especially unique look with some hanging houses as well as a farm for players to have quick access to the animals. The town also hides some secrets, as in the hole in the mountain where one of his plantations is located there is a spider spawner that can be used by the player to accumulate experience points. 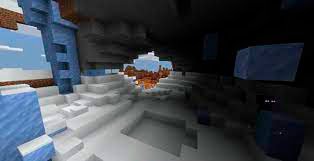 The icy battles bring a village and a marauder outpost side by side in the middle of a frozen biome. It is an environment something hostile to new players. However, for veterans, it is possible to experience the effects of killing the marauding chief and bringing torment to the village with the effect «Evil Omen«. This is capable of provoking enemy attacks in waves.

The "Rich Home Map" seed brings in some of the best environments right from the start, as well as being quite rich in variety. Several different towns around, one of them right in the middle of a crater. There's also a marauder outpost, a desert temple, and right next to it is a zombie village, which is especially interesting for players who haven't seen one yet. 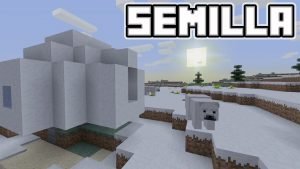 The seed "Survival on Ice" it is ideal for gamers who want to test their survival skills. The code places the user in a huge frozen biome with few resources and plenty of room to explore. There are some towns in the surrounding area that can help make the environment less inhospitable. However, even in the middle of the ice, there are some dangerous lava traps.

Normally, Minecraft ships are at the bottom of the sea. However, in this particular seed, there is a perfectly good boat stuck on the beach. You can use it to create a very different base than normal. There's also Interesting items in the surroundings such as a prowling pole that can be seen from the ship and a desert temple. 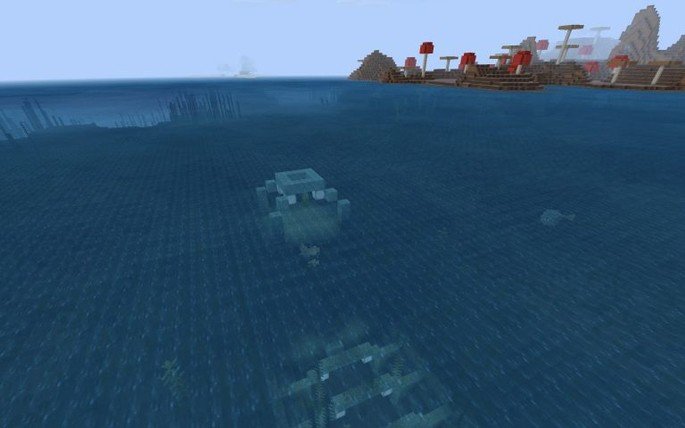 The seed of «islands and ruins»Is interesting for players who like to explore the ocean biomes. The code brings submerged surprises, in addition to having some islands with ruins. User can get some items in the hidden chests, create an atmosphere of mystery and also enjoy the idea of ​​exploring in the middle of the ocean.

How to make colored concrete in Minecraft